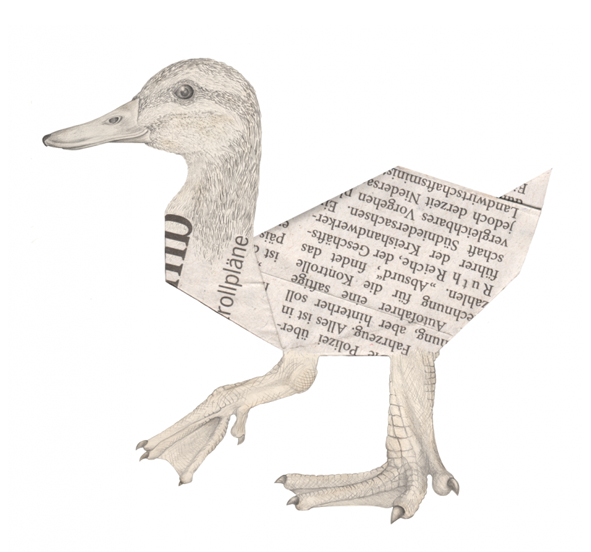 In german language a newspaper hoax is called „Zeitungsente“ (newspaper duck). Referring to ORICRANE, Maggsti asked me to draw an ORIDUCK. I studied a lot of origami duck instructions to get a better understanding of the folding and folded some specimens by myself. I used an old newspaper because I didn’t want to waste good paper for that. In the end I got a newspaper duck and I was really happy about that great coincidence. I scanned the duck and added a too big head and slightly distorted feets. It’s nothing but a hoax. 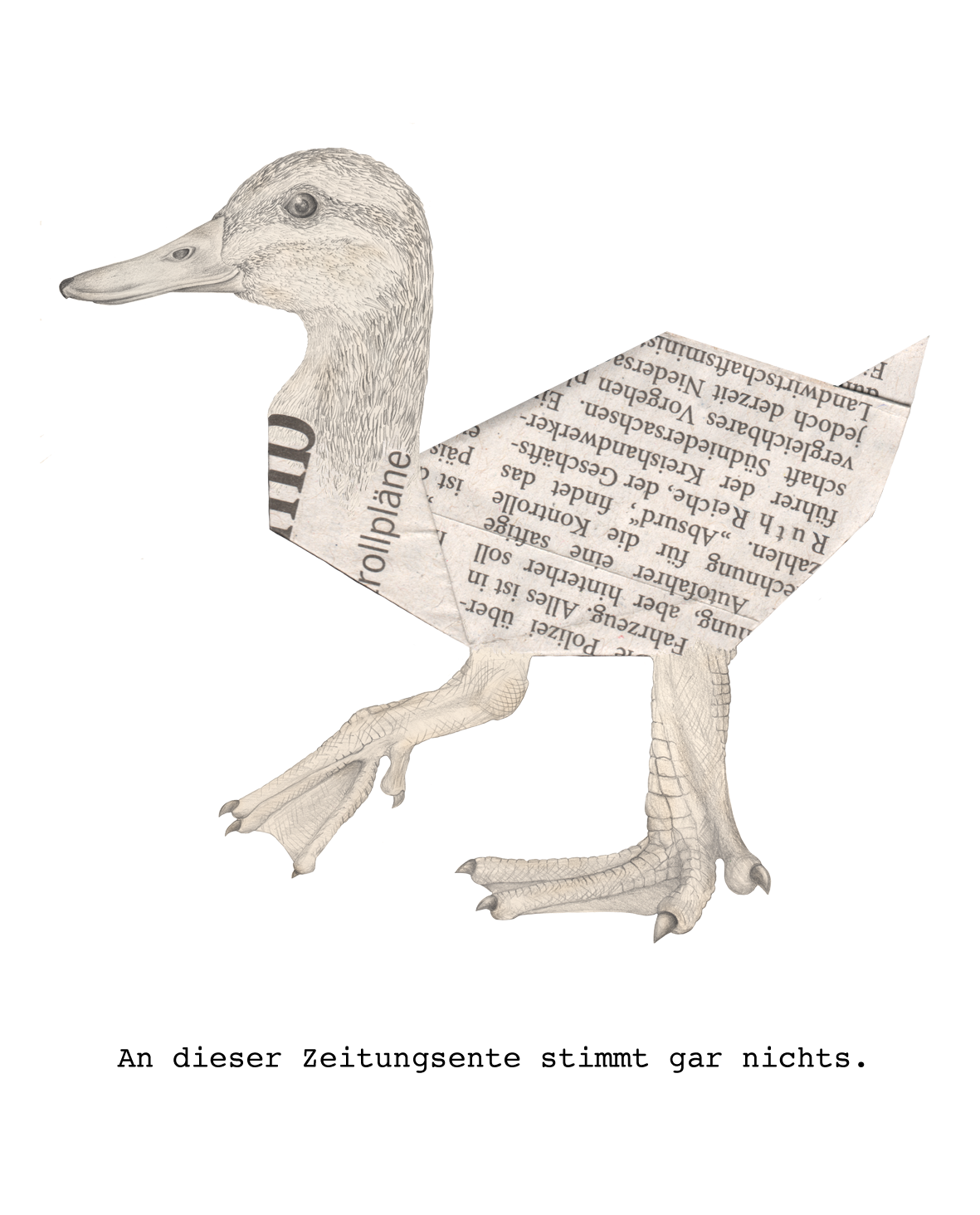 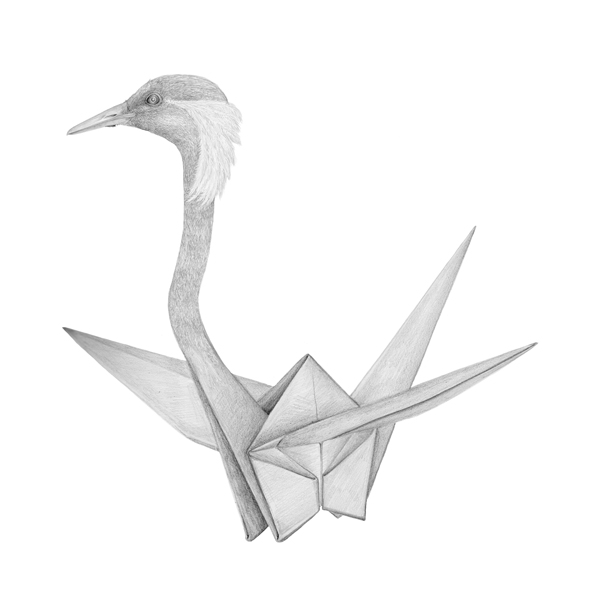 Metamorphosis is a topic which isn’t quite novel but one that never becomes boring. While trying to fold some origami animals (I totally failed), I had the idea to draw some of them instead and to let the abstract figure transform into a real life animal. For this I choose the crane, one of the most traditional origami animals. I did a lot of misshapen sketches before I could move on to the final drawing (see below). But in the end I got it. By the way: Cranes bring luck. 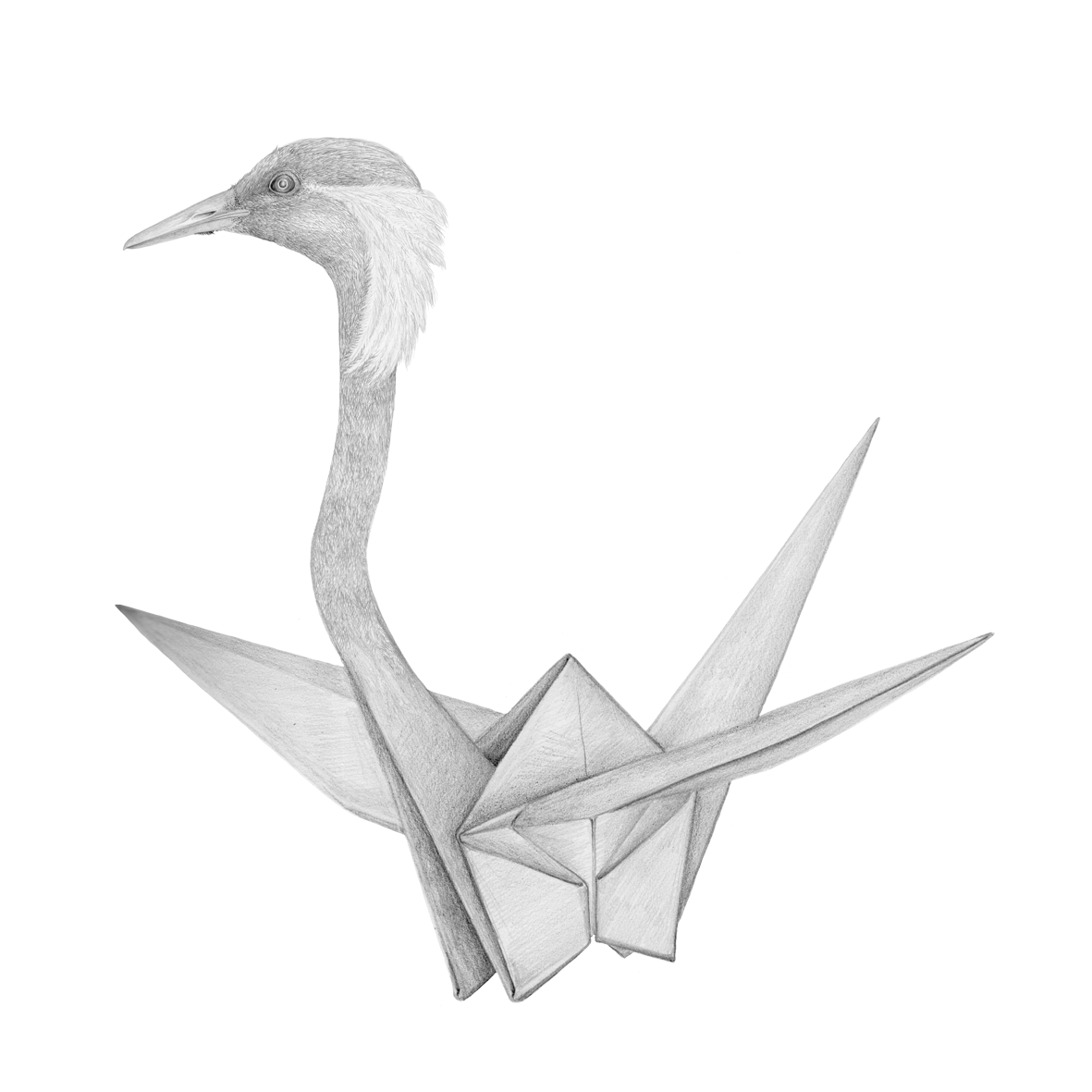 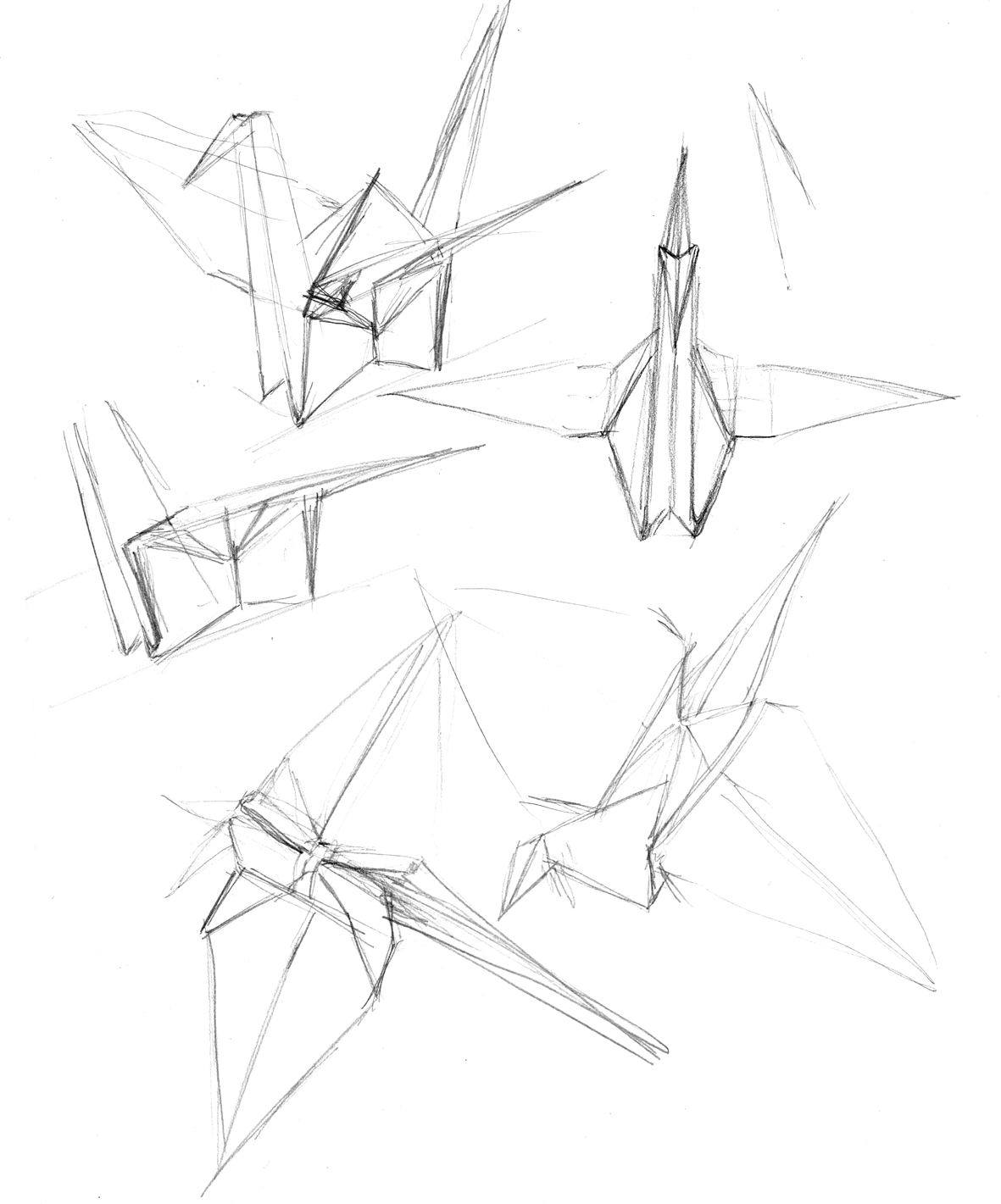 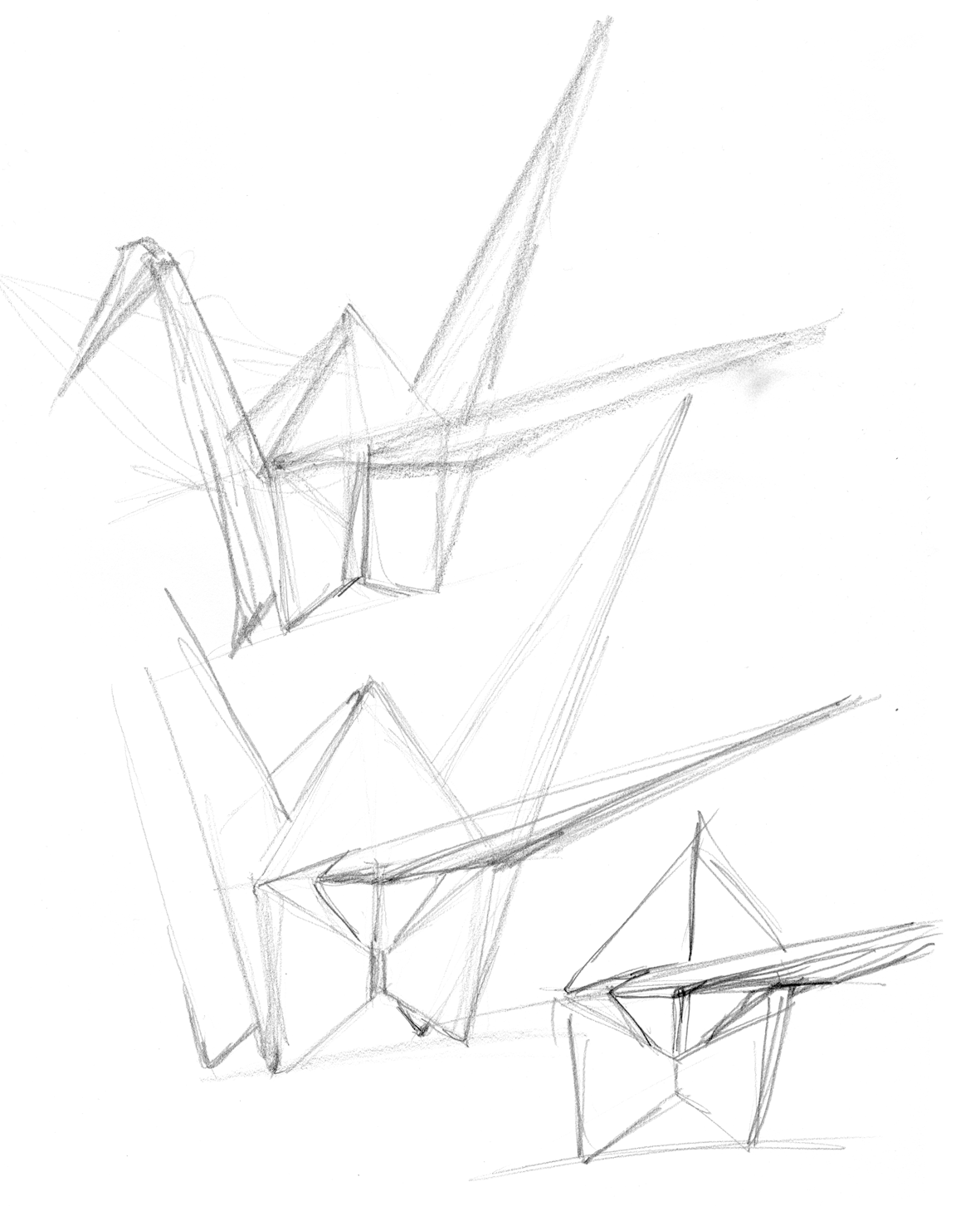